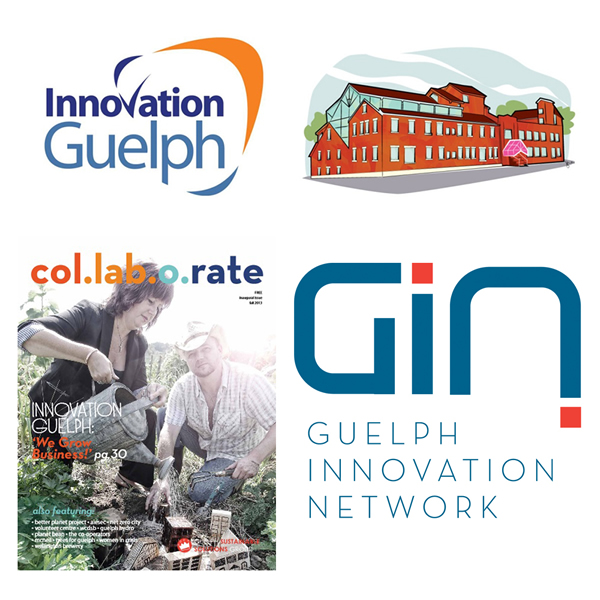 Dr. James Doran was recruited to Innovation Guelph (IG), in Jan 2012, to build a client services program and work with Kristel Manes to build IG's reputation in the City. Some of the top goals were to: manage and secure funds via government sources and sponsorships; establish 111 Farquhar as the hub for Guelph entrepreneurs; pursue new revenue sources to grow programs and surplus; engage and collaborate with the Ontario Network of Entrepreneurs (ONE); and become a leader among RICs.

Doran resigned as CEO of Innovation Guelph in March 2016 leaving the company in excellent shape to continue its valuable work in the community. For example, as of March 2016 IG was considered to be one of the best small RICs in Ontario, receiving exceptional reviews from the Province of Ontario (MRI), MaRS, the Ontario Centres of Excellence (OCE) and many compliments from other RICs. Innovation Guelph was called upon to teach others and share best practices.

Under Doran’s leadership IG's annual revenues rose from ~$800K to $2.2M year. The company grew from three people in Jan 2012 to 17 people as of March 2016. All of whom were very happy with their jobs and service to the community.

IG's Rhyze Project has brought in >$400K of funding from Status of Women and Trillium; plus $30K in crowd funding; plus >$50K in sponsorships; The International Women's Day event/program continues to attract positive attention across Canada.

IG's client performance metrics were best in class, especially for a small RIC. As of March 2016, IG had helped client companies create 600+ jobs; and worked with companies to raise over $30M in investment from public and private sources.

IG was the first RIC to launch a successful scale-up service program for SMEs. Fast Lane was designed by Doran and the IG client services team. Support from NRC-IRAP doubled during the first two years of the program. The Province of Ontario consulted the Fast Lane model to develop their own scale-up program to be delivered province-wide.

Doran was instrumental in securing funds to launch a seed investment program called Fuel Injection. The program was designed to fund R&D and innovation activities of startups and SMEs. Fuel Injection secured $2.5M from Fed Dev and $2.5M matching funds from client companies; this program was linked to a similar program delivered by Bioenterprise.

The Fast Lane program and IG’s sponsor recruitment campaign allowed the company to start building a surplus. 2015-2016 surplus will be on target - likely higher depending on timing of receivables; ($40K)

During Doran’s time at the helm, some of IG's clients were recognized on the national and international stage: winning prestigious awards; appearing on Oprah and Dragon's Den; featured in the National Post and Globe & Mail; and success stories being presented on Parliament Hill.

When Doran left Innovation Guelph to pursue other goals IG's reputation in Guelph and Ontario was at its highest point and 111 Farquhar was the focal point for serious entrepreneurs who care about the growth of their business and the wellbeing of the community.

IG was a perfect example of how to build and grow an innovation zone; engage community partners; raise money through government and private sources; while serving the needs of businesses and innovators in a small community.

"Innovation Guelph would not be what it is today without Jamie's leadership. In a very short time Innovation Guelph has become THE place for developing ideas and getting small businesses off the ground and running."

"Jamie is very highly skilled at innovation program development. Many of the programs he has developed are still available to the public and are providing tremendous benefit the community."